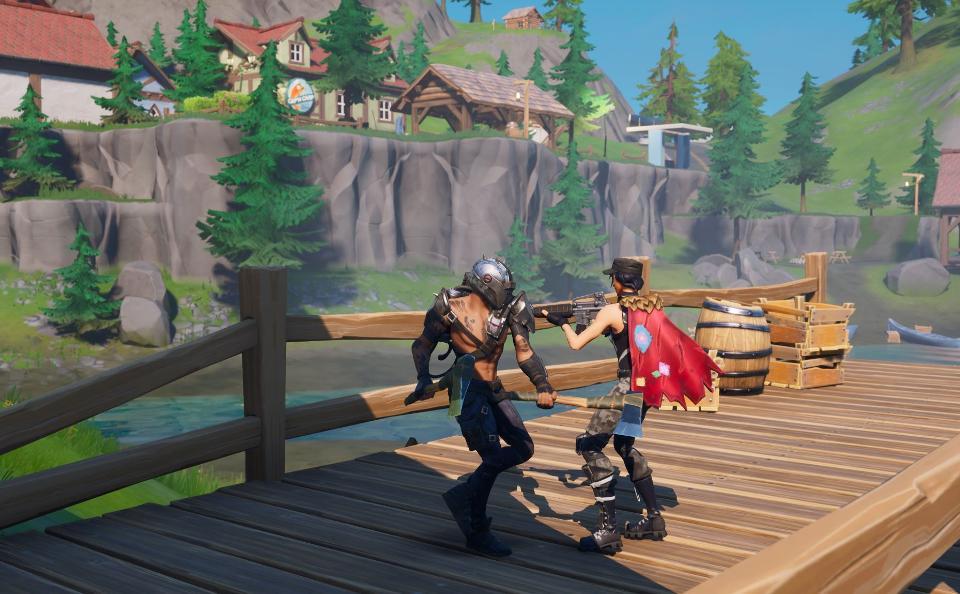 Fortnite has struggled with trying to balance a game that needs to be accessible to hundreds of millions of players, including children, while also trying to cultivate a pro esports scene and keep top streamers playing it at the highest level.

Their last few experiments, nerfing building, introduced an overpowered mech so casual/lower skill players would have an easier time getting kills, were the subject of much frustration among the community. But now in Chapter 2 it seems Fortnite has stumbled onto a true solution that was staring them in the face the entire time. Bots.

Fortnite, of course, did not invent the concept of bots, nor is it even the first battle royale to implement them, as PUBG has had them for a while now. But finally putting them in Fortnite seems to have cured the casual/hardcore divide to a certain extent, as it’s kind of a win-win concept for everyone.

Fortnite does not tell you that its bots are bots. Originally, there was a rumor that the bots would be clearly marked in robot skins with big targets on them so you know what you were fighting. Instead, they seem to just be a recognizable smattering of existing skins in the game, and whether they’re a bot or not is only discernible if you study their behavior and see the goofy things they sometimes do. Case in point:

But the thing is, chances are you see an enemy player, you’re just going to kill them before you really figure out if they’re a bot or not. So you often won’t be able to tell if you just outplayed someone or got the drop on them, or if the game just served you up a juicy bot kill.

And it doesn’t really matter! That’s the point, and I keep hearing stories about kids especially who are suddenly placing a lot higher and getting their first wins because of the new bot system where they might be in a game full of mostly bots and not even know it. But this increases engagement and if you suddenly feel like you’re playing a lot better in Fortnite, chances are you may stick with it for longer, engage with it more often and uh, buy things, of course.

But this really does not affect the “skill” portion of the game much at all. Even in bot games, the final few combatants are usually not going to be bots so you may find yourself in actual firefights as you compete for those last few kills for the win.

And actual skilled players are quickly going to find themselves racing out of the “bot league” and into games made up entirely of actual players they have to kill, meaning they won’t get bored farming bots for 30 kills a game. As you get better through “training” with bots, the game will start putting more and more actual players in the game, and at a certain point, no more bots at all.

This is the kind of solution Epic should have been searching for all along. It probably took this long because teaching a bot to convincingly play Fortnite is hard, as we’ve seen from some of the bots currently in the game, but that should be refined over time, and I wouldn’t be surprised to see “expert” bots posing a challenge down the road, somewhere in between the idiot bots we have now and actual players.

This is a good addition to the game no one seems to mind. Good job on Epic for finally catering to casuals in a way that makes sense and works for everyone.