Has building been nerfed in Fortnite Chapter 2? – Fortnite Tracker 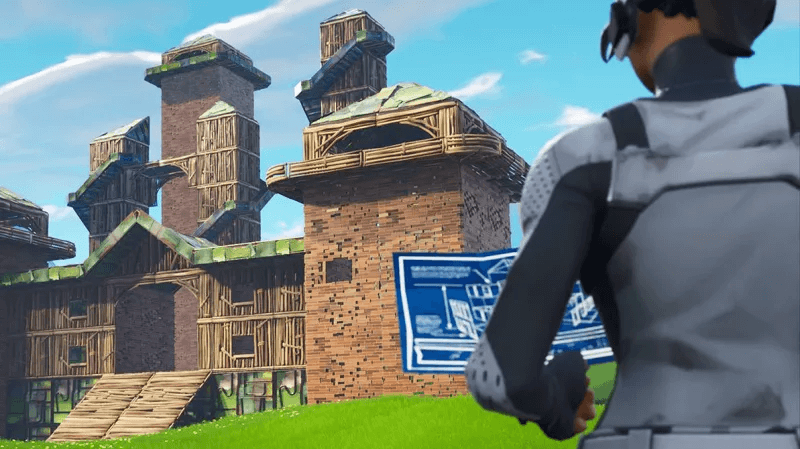 Ninja has been having trouble with his builds since the new season begun, and it seems like he’s not the only one.

Tyler “Ninja” Blevins rose to Fortnite fame as one of the first players to truly experiment with the games’ building mechanics and use them to dominate enemies. Fortnite has come a long way since those early days and over time a whole heap of complex new building techniques have been developed.

Yesterday Ninja tweeted to ask his fans whether they have also been experiencing difficulties so far in Fortnite Chapter 2. His main issue is with tunnelling. He explained that earlier in the year when he was grinding competitive and playing in the Duo World Cup qualifiers with Malachi “Reverse2K” Greiner, he put a lot of practice into building.

Ok so when I was grinding duo WC matches w/ Reverse I took a lot of time and practice tunneling. I was feeling rusty so I went in to creative and playground to practice and it felt REALLY REALLY clunky. Almost like my Sens was different for building somehow. Anyone else or jus me

Noticing that his builds were feeling a bit “rusty” this season, Ninja headed into Creative mode to get some practice. This didn’t help too much as he says that the game feels “REALLY REALLY clunky” and as if his sensitivity is off.

The comments on Ninja’s tweet show a clear split of opinion amongst the Fortnite community. Many people agree with him and state that they are also suffering with inconsistent, slow building and structures not placing. Others argue that the game is fine and some even think that it feels smoother than ever.

A lot of players have been experiencing FPS issues since the latest update, so this could partly explain the “clunky” gameplay. Epic Games have confirmed that they are aware of this problem in a post from the official Fortnite Status Twitter account.

We’re continuing to investigate reports of FPS issues following the Chapter 2 release. While digging into what’s causing this, we could use your help. Please share links with us with videos showing the issues you’re seeing. Thank you!

Ninja asked Ali “SypherPK” Hassan whether he had noticed any differences with his building in Chapter 2 whilst they were getting some games in with Tim “TimTheTatman” Betar. Despite the constant debate over whether Sypher is a content creator or a pro player (personally I think you can be both), there is no doubt that he has some of the best mechanical skills out there. Ninja joked “tell me if I’m just trash or is there something wrong?”.

Sypher agreed that when he first started playing in this new season, it felt “messy” and that his tunnelling was way off. However, he states that he quickly got used to it and adjusted to the slowness. His main point was the importance of regular practice, telling Ninja that everyday he hops into Creative mode and works through a 15-minute warm up course for building, editing and aiming.

TimTheTatman added “I’m telling you man, the game definitely feels way more clunky and slower” and Sypher conceded that sometimes builds don’t place or there is a delay. Ninja voiced his concern that a lot of the in-game bugs and glitches have not yet been fixed, saying “I will say it is alarming that they have not addressed what seem like small issues with a quick patch”. Sypher Tweeted an interesting theory for some of the FPS drops, wondering if the new in game medal alert system could be causing it.

I’m not an expert but these medals that keep popping up when I loot 3 chests or farm 45 wood or make it to top 50 need to chill out.. I’m convinced that when the medal comes up my frames are dropping hard. xD

With Epic Games still yet to release any official patch notes for Fortnite Chapter 2, it is impossible to say for sure whether there have been changes made to how building works. Hopefully if that “clunky” feeling Ninja describes is caused by a bug or performance issue it will soon be fixed. For now though, if you are struggling, it may be best to take Sypher’s advice and jump into Creative to get the hang of it.