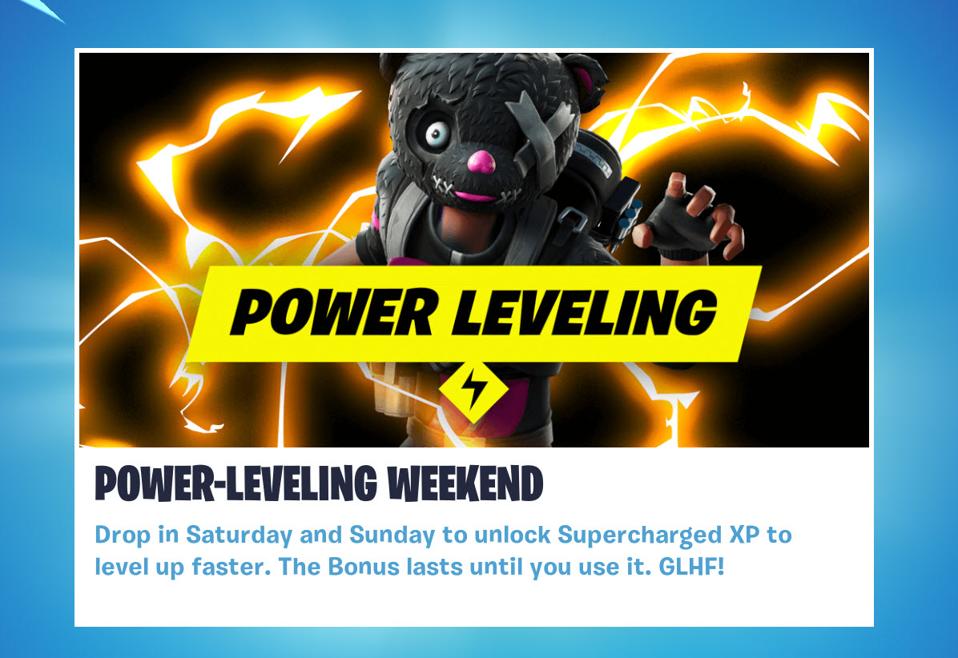 “More fun, less grind.” It was literally a tagline for the new season of Fortnite: Chapter 2, and yet in practice, the opposite appears to be true. This has somehow been the most grindy Fortnite has been in eons as players struggle severely to rank up their battle pass.

What’s going on? Something just feels…off with XP gains. You need 8 million XP to hit level 100 for the season. You can get 1.2 million from every week of challenges put together and 1.2 million from full punchcards, one per day. But that still leaves 5+ million XP to go, and even averaging a (pretty high) 5000 XP a game, that’s well over a thousand games a season, 15-16 every day, to hit max rank, according to Fortnite News calculations.

Epic is already trying to lighten the load by introducing “supercharged” XP weekends, but I don’t think those apply to challenges, nor should they, or else you’d be penalized for completing any challenge not on a supercharged weekend.

Progression feels slow, and one reason for this is obvious. It’s something Fortnite started doing last season and has continued this season, almost making it worse. While we no longer have normal and prestige challenges, we do have ten full challenges a week now, except only three are unlocked at the start, and you have to keep completing old ones to unlock new ones. 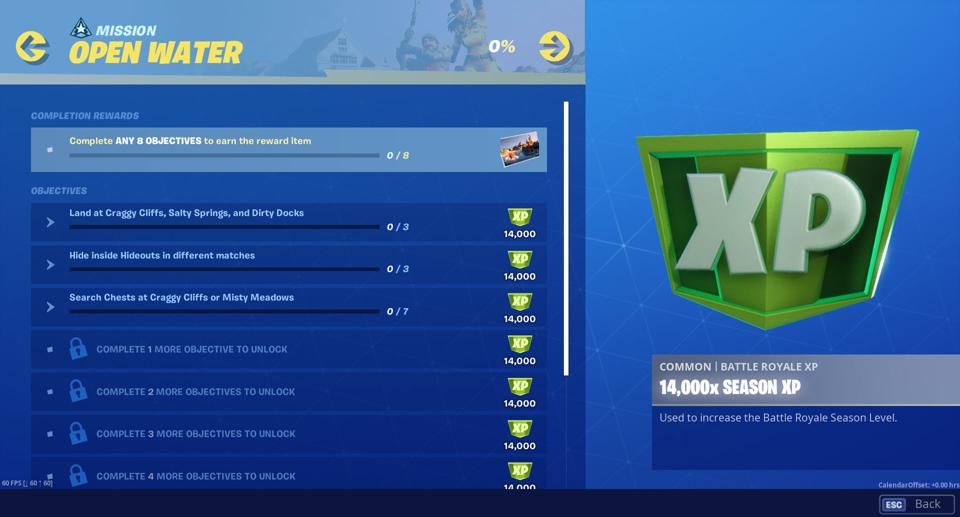 This is opposed to the idea of just listing all challenges out in the open. That way, players can A) do the easiest challenges first, saving the harder ones for later in the season when they need to grind out those last few levels and B) do many of the challenge simultaneously, as they’re not retroactive. As in, if something requires landing at Craggy Cliffs and shotgun kills, but shotgun kills is locked, you can land at Craggy, get three shotgun kills but you haven’t unlocked that #4-10 challenge yet, so it doesn’t count. That’s really lame. And if they do count, then why hide them at all?

Slowing down XP and battle pass progression is bad news for Epic and Fortnite overall. Once someone is trying to rank up their battle pass, they have already bought it, and it’s just too transparent to slow down progress to try and force people to buy tiers (which are among the most overpriced purchases in Fortnite). Epic should take the win that people have bothered getting the battle pass at all, and let them complete it with a reasonable amount of effort. 15-16 5,000 XP games a day plus every challenge and punchcard is not a reasonable amount of effort.

Unlocking all the challenges at once would definitely help at least early progression with the battle pass, since players would be able to complete a lot more weekly challenges more quickly. But it’s clearly not the only issue, as total XP needed remains the same, and I don’t think “boosted” weekends are going to be enough to make up the difference. If Fortnite’s goal really was to make a season less grindy, it’s very clear that they failed, and they need to alter XP gains in a way that makes sense. Unlocked all challenges is a start, but I wouldn’t mind seeing them bumped to say, 20,000 XP apiece either, given the current state of things. We’ll see if Epic makes any changes, or if these supercharged weekends are the only think we’re getting.